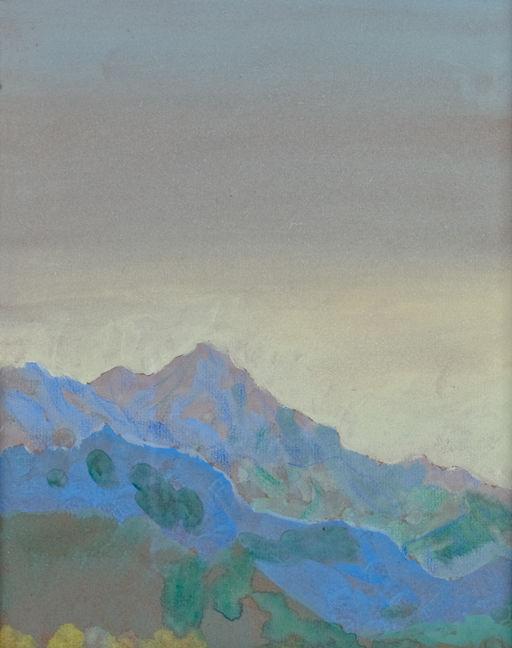 
Spanierman Gallery has announced the opening on March 29, 2012 of the exhibition and sale, Arthur B. Davies: Painter, Poet, Romancer & Mystic, including works rendered from the 1890s through the 1910s by a visionary artist who was a member of the Eight and the leading figure in the organization of the 1913 Armory Show. Curated by Christine Berry, the exhibition is accompanied by an online catalogue by Lisa N. Peters.

An artist who ventured across many lines in his art, Arthur Bowen Davies (1862–1928) often rendered his own interpretations of ancient myths, combining motifs drawn from everyday life with elements from the realm of fantasy. Adopting a Symbolist attitude, he used the form of the nude to explore themes of beauty, grace, movement, emotion, and sensuous experience. In this respect, he broke ties with American Victorianism, advocating artistic freedom of expression.

Among the works in the show are two paintings from the 1890s, The Horn Players (ca. 1893), which represents a period when the artist was inspired by the operas of Richard Wagner, and Children Playing (ca. 1896), a Whistlerian tonal image in which Davies set ordinary children playing a typical game within a magical forest, suggestive of Shakespeare’s A Midsummer Night’s Dream. Rendered in dark tones, both paintings demonstrate a rare moment when Davies echoed the style and attitude of the Ashcan School. Greek legend was the basis for Little Fauns on the Banks of the Arethusa (ca. 1900), Rosy-Fingered Dawn (ca. 1910), and Two Figures with Deer (ca. 1914–17). In each, Davies interpreted his sources in unusual and inventive ways.

Seadrift
Among three paintings that the artist exhibited at the 1913 Armory Show, Seadrift (ca. 1912) is an enigmatic image that implies simultaneous successive aspects of one story. It demonstrates the influence on Davies of the studies of the human figure in motion by Eadweard Muybridge and of Marcel Duchamp’s controversial Nude Descending a Staircase (1912, Philadelphia Museum of Art), which Davies may have seen in the artist’s Paris studio before it was exhibited at the Armory Show. Seadrift and Figures in a Landscape (ca. 1912) represent the modernist phase in Davies’s art, in which he merged a cubist perspective with a gestural activation of the surface that was ahead of its time.

Arthur Bowen Davies was a critical and influential arbiter in the American art world in the early twentieth century. During and after his years as part of the Eight, he assisted many leading realists and modernists in furthering their careers, including Robert Henri, Maurice Prendergast, Charles Sheeler, Alfred Maurer, and Marsden Hartley. He was a frequent visitor to the gallery of Alfred Stieglitz and, in his capacity as the president of the Association of Painters and Sculptors, he transformed the bland and expectable list of contributors to the Armory Show of 1913 to one that was radical and dynamic, including cutting edge examples by Cubists, Fauvists, Dadaists, and other modernist artists that had not been seen in America previously.

Born in Utica, New York, Davies studied in Chicago and New York and traveled often to Europe. He became affiliated with Macbeth Gallery in 1894, beginning a relationship that would continue in the decades that followed. He was an intriguing figure in his life. While maintaining a marriage to a country doctor who cared for their two sons at their shared home in Congers, New York, Davies established a second existence in 1905, as the husband of a former model, in which he was known by the name of David A. Owen. He maintained this ruse throughout the rest of his life.

Introducing American audiences to modernism, while giving an understanding in his own work of the relevance of the past, Arthur B. Davies was a fascinating artist and individual, who carved a unique niche in the art world of his era.


Posted by Jonathan Kantrowitz at 11:28 AM