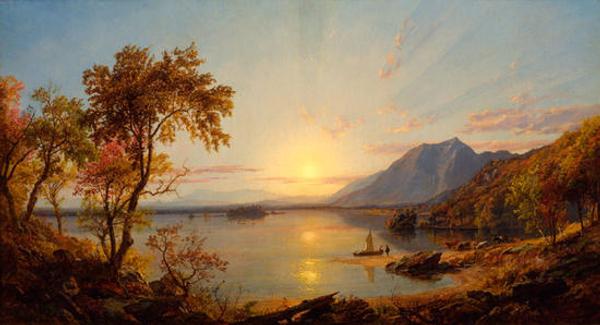 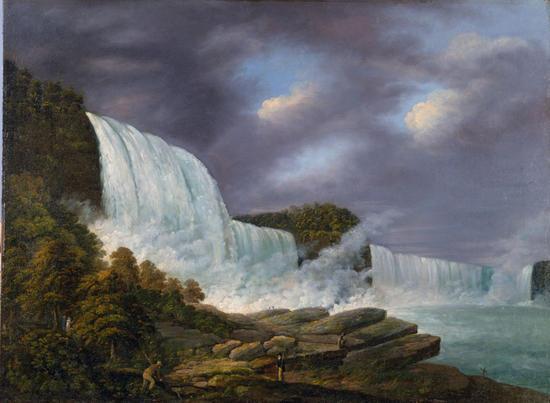 The Amon Carter Museum of American Art presents The Hudson River School: Nature and the American Vision, organized by the New-York Historical Society (New York, New York). Undergoing a comprehensive renovation, the New-York Historical Society is sent nearly 50, 19th-century landscapes on a journey across the nation, and the first stop was Fort Worth.

Beginning in the 1820s, the American landscape became a significant theme for artists, who traveled up the Hudson River from New York City to sketch the rugged mountains and tranquil valleys along its banks. With the noted landscape painter Thomas Cole as their inspirational leader, these artists gave impetus to the first self-consciously “American” vision for landscape painting, a movement that would become known as the Hudson River School.

Leading figures of the Hudson River School are represented in the exhibition, including Cole, Frederic Edwin Church, Jasper Francis Cropsey, Asher B. Durand, George Inness and John Frederick Kensett, among others. Arranged thematically, the exhibition illuminates the sites that artists depicted as resources for spiritual renewal, as well as potent symbols embodying powerful ideas about nature, culture and history.

The American Grand Tour features paintings of the Catskill, Adirondack and White Mountains celebrated for their scenic beauty and historic sites, as well as views of Lake George, Niagara Falls and the New England countryside. These were the destinations that most powerfully attracted both artists and travelers. The American Grand Tour also includes paintings that memorialize the Hudson River itself as the gateway to the touring destinations and primary sketching grounds for American landscape painters.

American Artists A-Field includes works by Hudson River School artists who after 1850 sought inspiration farther from home. The paintings of Church, Albert Bierstadt, Thomas Hill and Martin Johnson Heade show how these adventurous painters embraced the role of artist-explorer and thrilled audiences with images of the landscape wonders of such far-flung places as the American frontier, Yosemite Valley and South America.

Dreams of Arcadia: Americans in Italy features wonderful paintings by Cole, Cropsey, Sanford R. Gifford and others who celebrated Italy as the center of the Old World and the principal destination for Americans on the European Grand Tour. Viewed as the storehouse of Western culture, Italy was a living laboratory of the past, with its cities, galleries and countryside offering a survey of artistic heritage from antiquity, as well as a striking contrast to the wilderness vistas of North America portrayed by these same artists.

The highlight of the exhibition is the section Grand Landscape Narratives, featuring Cole’s monumental five-painting series The Course of Empire (ca. 1834–36). Charting the cyclical history of an imaginary nation, the paintings are breathtaking in their wealth of detail from the initial scene of hunting in the wilderness to the concluding panel portraying the aftermath of an empire ravaged by its own decadence and corruption.

“It’s quite a privilege to have these magnificent Hudson River School paintings in Fort Worth, and museum visitors should definitely take advantage of seeing them,” says Rebecca Lawton, curator of paintings and sculpture at the Amon Carter. “It’s very likely they won’t be on view in Fort Worth again in our lifetimes.” 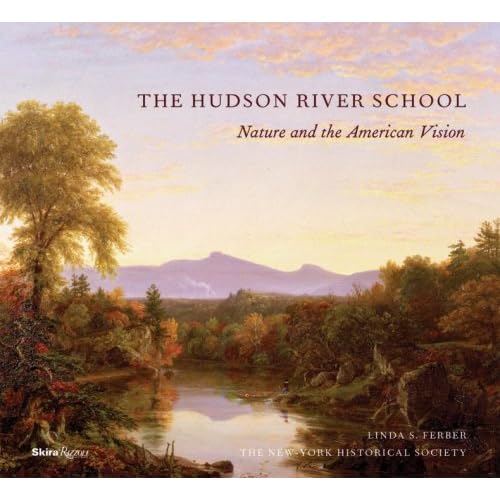 The ideas explored in the exhibition are also investigated in an award-winning 224-page publication by Ferber. The Hudson River School: Nature and the American Vision book features 150 full-color illustrations and retails in the Amon Carter’s Museum Store + Café for $50.

Nature and the American Vision also traveled to the Peabody Essex Museum, Salem, Mass. (July 30–November 6, 2011); the Columbia Museum of Art, Columbia, S.C. (November 17, 2011–April 1, 2012); and is currently displayed at the Crystal Bridges Museum of American Art, Bentonville, Ark. (May–August, 2012). The paintings will then return to their renovated home at the New-York Historical Society.
Posted by Jonathan Kantrowitz at 9:14 AM