John Constable's (1776–1837) seminal six-foot landscapes — among the best-known and beloved images in British art — were reunited with their groundbreaking full-size sketches for the first time since the artist's death in Constable's Great Landscapes: The Six-Foot Paintings, at the National Gallery of Art, East Building, October 1 through December 31, 2006. Fifty-five works include oils and drawings that are related to the large landscapes, an early pencil portrait, and a series in varied media brought together for the first time, illustrating areas along the Stour River in Suffolk known to many as "Constable Country." The exhibition and its companion catalogue examined why Constable produced the six-foot sketches. 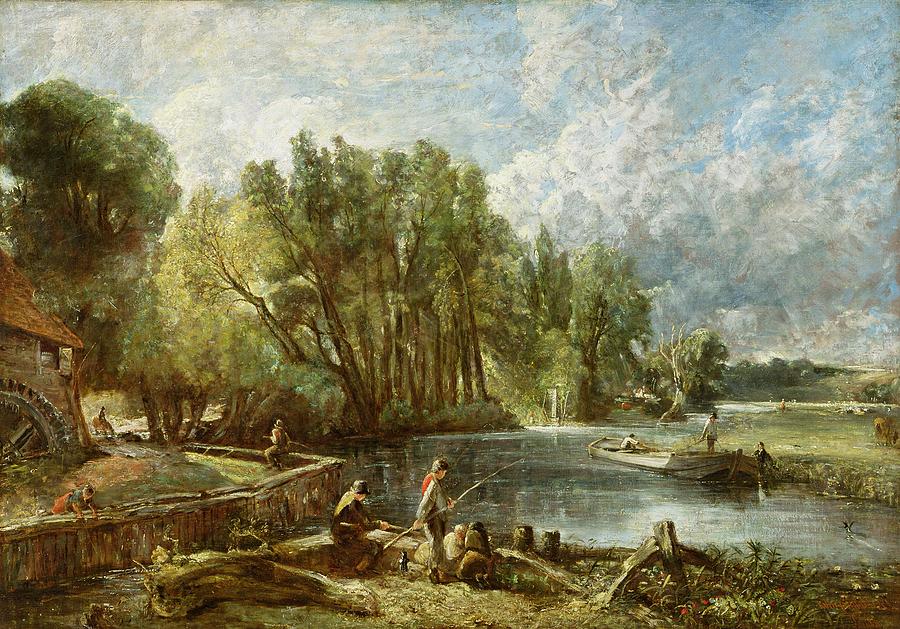 and Salisbury Cathedral from the Meadows (1831) were paired with their corresponding full-size oil sketches, while

and what is believed to be a full-size sketch from the very end of Constable's life,


Constable's Great Landscapes: The Six-Foot Paintings was organized by the National Gallery of Art, Washington; Tate Britain, London, where it was on view through August 28, 2006; and The Huntington Library, Art Collections and Botanical Gardens, California, where it was presented February 3 through April 29, 2007.

Six of the six-foot paintings with full-size sketches depict different aspects of the working life of Suffolk's prosperous Stour River valley—the world of Constable's boyhood—which was conjured up in his London studio from memory and plein air sketches. The first in this early series is

the National Gallery of Art's The White Horse
(c. 1818), made in preparation for the painting of the same title that Constable exhibited at the Royal Academy in 1819.

The resemblance between the finished painting and its sketch is clear, but there have been decades-long disagreements about their precise relationship. In 1984, Charles Rhyne, then a Samuel H. Kress Fellow in the National Gallery of Art's Center for the Advanced Study in the Visual Arts, embarked upon a study of The White Horse sketch. The findings of this first-time scientific examination revealed disfiguring repaint from the 19th century, as well as an abandoned composition underneath that relates to The Valley of the Stour (Dedham from Gun Hill) (c. 1805-1809). The repaint was removed and the work was cleaned, revealing one of the more brilliant and spirited of the six-foot sketches. The restoration dramatically illustrates Constable's working process at this critical turning point in his career.

The six-foot landscapes painted during these years secured both Constable's reputation as a painter and his membership as an associate in the Royal Academy. To create such large-scale works, Constable found he needed an intermediate stage between his small oil studies painted outdoors and the final paintings; he thus chose to work out the diverse elements of the large compositions on a full-scale canvas.

In the late 1820s, Constable began to paint large landscapes of scenery beyond the Stour River valley. His work was profoundly affected by his wife's terminal illness and later death. His grief can be seen in the desolate and turbulent full-size sketch for Hadleigh Castle (c. 1828–1829). In addition to full-size sketches, these later six-foot paintings are accompanied by a variety of preliminary works ranging from very small to half-size sketches.

In his final years Constable painted Salisbury Cathedral from the Meadows (1831), his most overtly religious painting, which shows a new spiritual mood. The Opening of Waterloo Bridge (1832) is his only large-scale view of an urban landscape and was intended to emulate Canaletto and J.M.W. Turner. It was the last work he sent to the Royal Academy for exhibition. In one of his last works, Stoke-by-Nayland (c. 1835-1837), Constable drew upon sketches made many years before to create this complex and personal response to his native landscape. 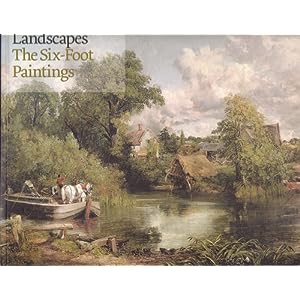 A fully-illustrated scholarly catalogue discussing the nature and special character of these paintings, their place in modern landscape tradition, and the context of Constable's work accompanies the exhibition. Published by the National Gallery of Art, Washington, in association with Tate Publishing, the catalogue is edited by Lyles and includes contributions by Lyles, Kelly, Sarah Cove, fellow of the International Institute for Conservation of Historic and Artistic Works; John Gage, fellow of the British Academy; and Charles Rhyne, professor emeritus, Reed College, Portland, Oregon.

View in the Stour Valley looking towards Langham Church from Dedham, 1805
watercolor on paper mounted on a second sheet of paper, 48 x 66.4 cm (18 7/8 x 26 1/8)
Tate, Partial purchase and partial loan from the American Fund for the Tate Gallery, Posted by Jonathan Kantrowitz at 7:37 AM