J.M.W. Turner at the National Gallery of Australia


J. M. W. Turner (1775–1851) is one of Britain’s greatest artists, a key figure of the Romantic generation. He is celebrated as a highly modern painter, his work much admired for its experimental character.

Turner’s paintings and watercolours are highly coveted by museums and collectors, and widely dispersed internationally. Only at the Tate can we gain a full sense of Turner’s aims and achievements. The artist’s gift to the British nation was originally limited to the finished paintings exhibited in his lifetime, many of which he retained or re-acquired with a view to his donation to the national collection. The larger settlement, after the artist’s death, meant these paintings were supplemented by the contents of his house and studio.

Turner from the Tate reflects the diversity of this unique collection. It provides a comprehensive overview of Turner and his artistic development, while offering extraordinary insights into his working life and practices. The exhibition consists of 40 oils complemented by 70 works on paper, from large watercolours to intimate sketches. It includes ambitious early works such as

Buttermere Lake, with part of Cromackwater 1798 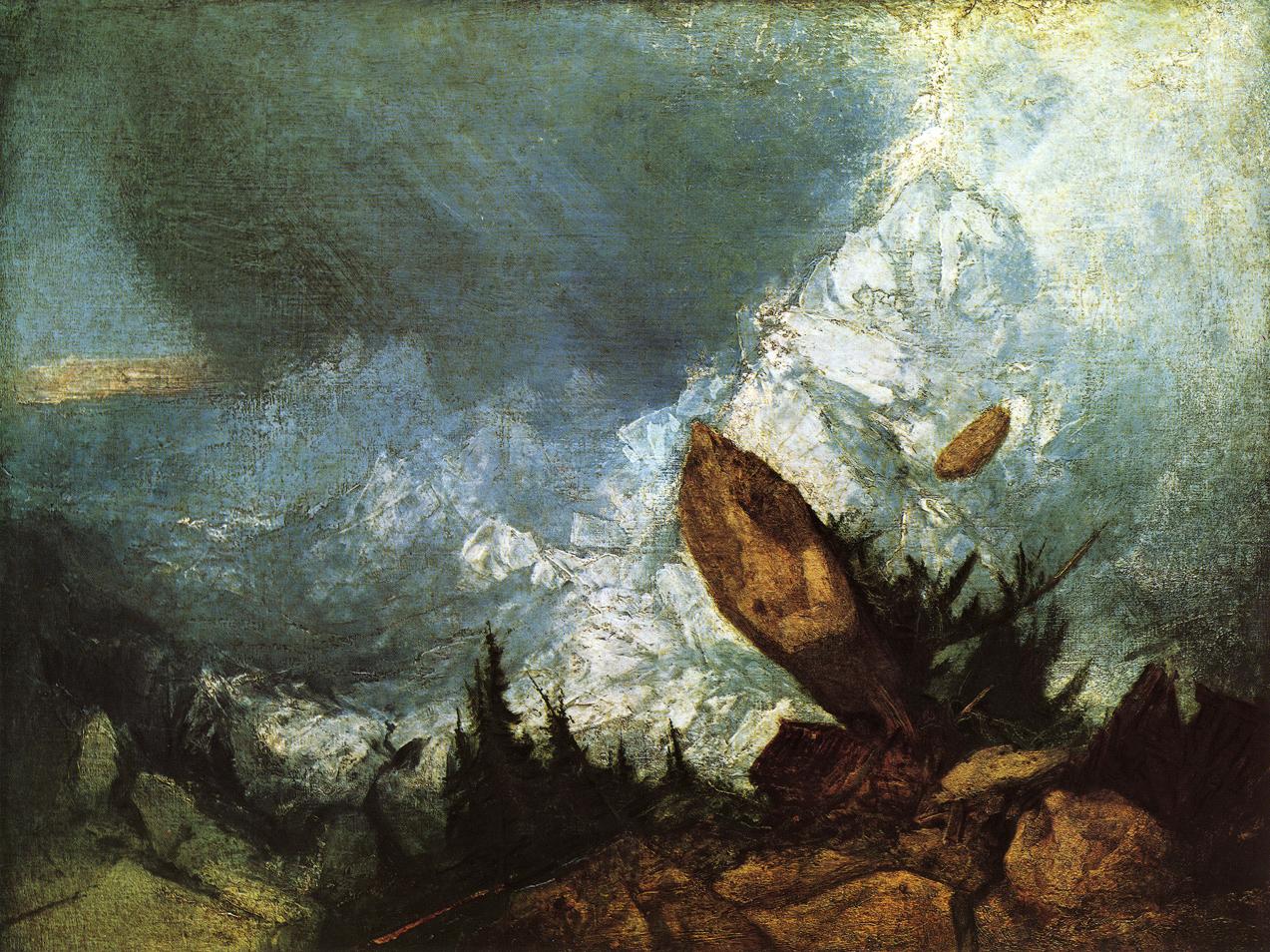 and the spectacular The fall of an avalanche in the Grisons 1810.

Elsewhere in the exhibition we see how Turner set himself up as the heir to the European landscape tradition. Turner from the Tate also features remarkable paintings of Turner’s late career including the exquisite Venice, the Bridge of Sighs 1840. The exhibition culminates with powerful seascapes:

A disaster at sea c.1835, for example, shows a notorious shipwreck of a convict ship bound for NSW in which many women drowned.

and its striking companion, War. The exile and the rock limpet 1842, provide a dramatic final note.

As well as many of Turner’s most famous paintings, Turner from the Tate highlights works never shown previously. The exhibition offers fresh perspectives on an artist who was valued as a master in his own time and whose impact was felt as far away as Australia.

Turner from the Tate is organised by Art Exhibitions Australia, and presented by the Tate in association with the Art Gallery of South Australia, Adelaide, and the National Gallery of Australia, Canberra. –

Posted by Jonathan Kantrowitz at 9:33 PM