Impressionism, Fashion, and Modernity at The Metropolitan Museum of Art February 26 – May 27, 2013 will present a revealing look at the role of fashion in the works of the Impressionists and their contemporaries. Some 80 major figure paintings, seen in concert with period costumes, accessories, fashion plates, photographs, and popular prints, will highlight the vital relationship between fashion and art during the pivotal years, from the mid-1860s to the mid-1880s, when Paris emerged as the style capital of the world. With the rise of the department store, the advent of ready-made wear, and the proliferation of fashion magazines, those at the forefront of the avant-garde—from Manet, Monet, and Renoir to Baudelaire, Mallarmé, and Zola—turned a fresh eye to contemporary dress, embracing la mode as the harbinger of la modernité.

The novelty, vibrancy, and fleeting allure of the latest trends in fashion proved seductive for a generation of artists and writers who sought to give expression to the pulse of modern life in all its nuanced richness. Without rivaling the meticulous detail of society portraitists such as James Tissot or Alfred Stevens or the graphic flair of fashion plates, the Impressionists nonetheless engaged similar strategies in the making (and in the marketing) of their pictures of stylish men and women that sought to reflect the spirit of their age.

The exhibition was organized by The Metropolitan Museum of Art, New York, the Art Institute of Chicago, and the Musée d’Orsay, Paris.

This stunning survey, anchored by many of the most celebrated works of the Impressionist era, will illustrate the extent to which artists responded to the dictates of fashion between the 1860s, when admiring critics dubbed Monet’s portrait of his future wife Camille (see below) “The Green Dress,” and the mid-1880s, when Degas capped off his famous series of milliners and Seurat pinpointed the vogue for the emphatic bustle.

Highlights of the exhibition include Bartholomé’s In the Conservatory (ca. 1881, paired with the sitter’s dress)

and 15 other key loans from the Musée d’Orsay;

Monet’s Camille (1866) from the Kunsthalle, Bremen,

Renoir’s Lise – The Woman with the Umbrella (1867) from the Museum Folkwang, Essen,

and Manet’s La Parisienne (ca. 1875) from the Nationalmuseum, Stockholm, which have never before traveled to the U.S.; 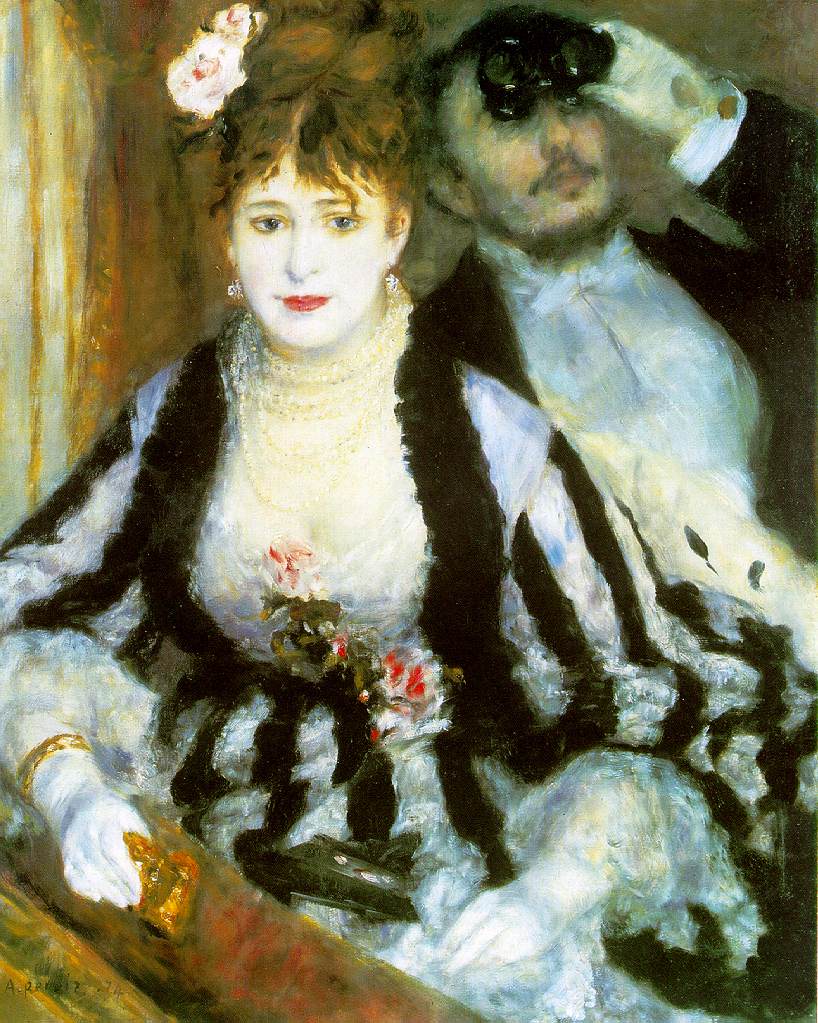 Renoir’s The Loge (1874) from The Courtauld Gallery, London;

and Cassatt’s In the Loge (1878) from the Museum of Fine Arts, Boston.

Alongside both masculine and feminine costumes, a full complement of period photographs and illustrations will serve to vivify the ongoing dialogue between fashion and art, and afford a sense of the late-19th-century Parisian milieu that inspired, provoked, and nurtured the talents—and often, the ambitions—of the painters of modern life.

Impressionism, Fashion, and Modernity is organized by Susan Alyson Stein, Curator in the Department of European Paintings at The Metropolitan Museum of Art, in collaboration with Gloria Groom, the David and Mary Winton Green Curator in the Department of Medieval to Modern European Painting and Sculpture, Art Institute of Chicago; Guy Cogeval, President, Musée d’Orsay and Musée de l’Orangerie, Paris; and Philippe Thiébaut, Curator, Musée d’Orsay, Paris.

The exhibition is accompanied by a fully illustrated catalogue with essays by 14 international scholars in the fields of fashion, photography, literature, art, and architectural history. It is published by the Art Institute of Chicago.
Posted by Jonathan Kantrowitz at 11:54 AM