Two versions of Vincent van Gogh’s iconic 'Sunflowers' are being reunited in London for the first time in 65 years in 2014 – giving visitors to the National Gallery a unique opportunity to compare and contrast these much-loved masterpieces side by side, while also exploring research about the artist’s working practices. 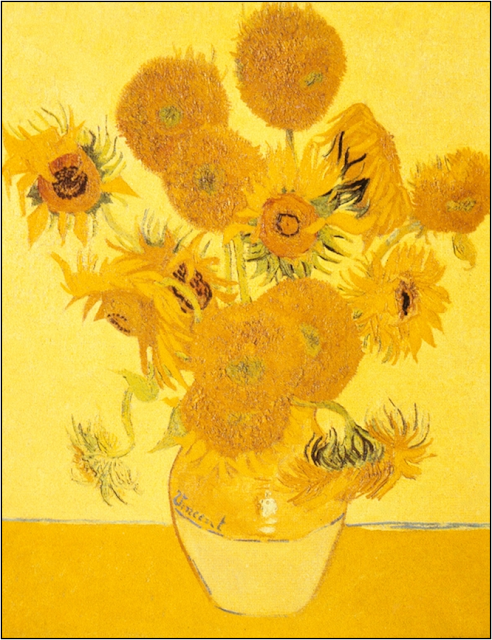 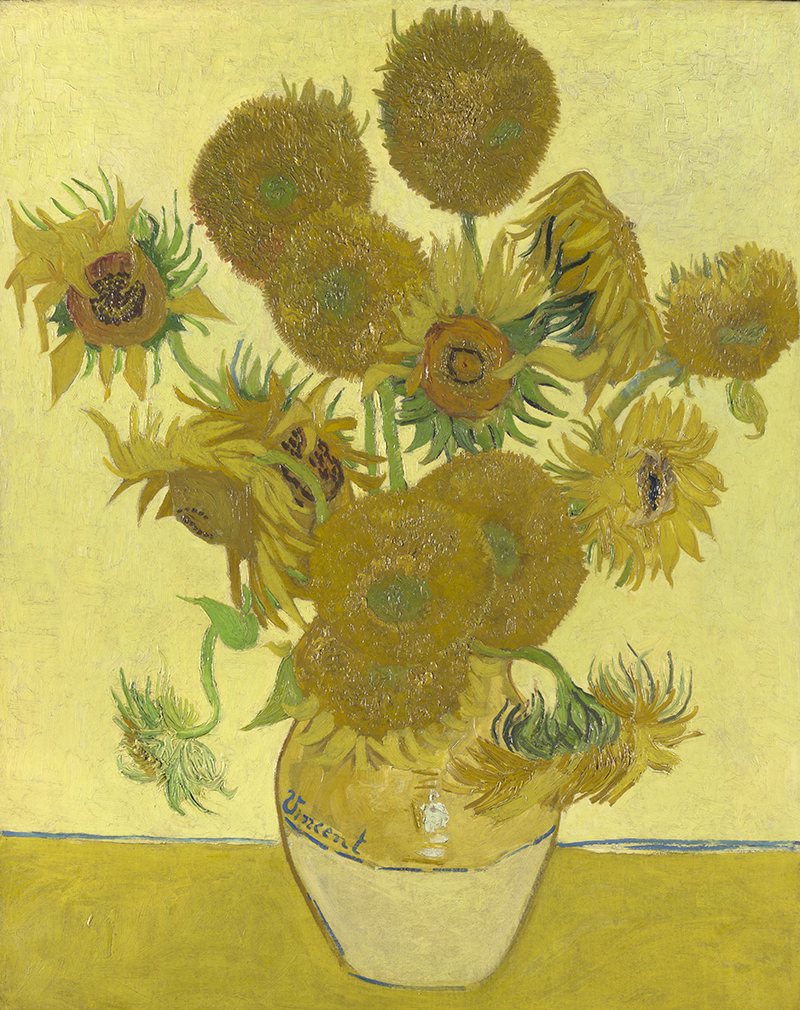 and the Van Gogh Museum, Amsterdam,

can be seen in Room 46 of the Trafalgar Square gallery.

This free display will also include the results of scientific research into the two paintings carried out by both institutions. These investigations have revealed insights into how Van Gogh painted his 'Sunflowers' and what materials he used – giving us a deeper understanding of the making and meaning of these works of art, and of their relationship to each other. The series dates from 1888, when Van Gogh left Paris to paint in the brilliant sunshine of the South of France. He rented a house in Arles – ‘The Yellow House’ – and invited Paul Gauguin to come and join him so the two artists could paint together. Waiting for Gauguin to arrive, Van Gogh painted a series of pictures of sunflowers to decorate his friend’s bedroom. They were meant as a sign of friendship and welcome, but also of Van Gogh's allegiance to Gauguin as his artistic leader.

Vincent wrote to his brother Theo in August 1888:


"I am hard at it, painting with the enthusiasm of a Marseillais eating bouillabaisse, which won't surprise you when you know that what I’m at is the painting of some sunflowers. If I carry out this idea there will be a dozen panels. So the whole thing will be a symphony in blue and yellow. I am working at it every morning from sunrise on, for the flowers fade so quickly. I am now on the fourth picture of sunflowers. This fourth one is a bunch of 14 flowers... it gives a singular effect."

Van Gogh had been deeply influenced by Japanese art – the simplicity of the design and the bright, flat colours with bold contour lines were things that he sought in his own work. Colour itself came to have special symbolic meanings – yellow, in particular, referred to warmth and friendship. The dying flowers are built up with thick brushstrokes (impasto), which evokes the texture of the seed-heads. Where there are petals, they are often painted with a single, soft, yellow brushstroke.

Van Gogh and Gauguin worked together throughout autumn 1888 – but it ended very badly at the close of the year when Vincent seemed to have a nervous breakdown, famously cut off part of his ear and entered an asylum.

The National Gallery bought its 'Sunflowers' in 1924 directly from the artist’s family. From that time it has steadfastly remained one of the most popular paintings in the collection, with the image consistently the most purchased postcard and poster.

This unprecedented loan from the Van Gogh Museum is testament to the long and fruitful history of collaboration between the two institutions. The National Gallery 'Sunflowers' was recently seen in Amsterdam in the exhibition 'Van Gogh at Work' (opened 1 May 2013), which marked the re-opening of the Van Gogh Museum following an extensive renovation.

"This exhibition is designed to help those for whom the paintings by Van Gogh are compelling images to understand how they were made – and made again – and out of what materials. It will deepen every visitor’s appreciation of the artist. We are very grateful to the Van Gogh Museum for making this possible."

"We were honoured to be able to show Van Gogh's 'Sunflowers' from the National Gallery side by side with our own version of this painting in our anniversary exhibition 'Van Gogh at Work'. This unique combination offered our audience the opportunity to compare these two famous icons in great detail. I am therefore glad to be able to offer the visitors to the National Gallery this special opportunity as well."


Posted by Jonathan Kantrowitz at 1:36 PM