"Toulouse-Lautrec and La Vie Moderne: Paris 1800-1910" celebrates the work of avant-garde artists living in Paris at the end of the 19th and the beginning of the 20th centuries, when the city was the center of creative activity as well as a favorite subject for artists. The work of the Naturalists, the Symbolists, the Incohérents, and the Nabis presented fresh visions of life and society during this important 30-year period of "Modern" French art.

This is the first exhibition to present a kaleidoscopic view of the work of a generation of artists who continued the battle for artistic liberation from Academic standards fought by the Impressionists and Post Impressionists and by artists such as Seurat, Gaugin, and van Gogh.

The exhibition puts the innovative art of these better-known artists into context, revealing that they did not work in isolation. Domestic scenes by Mary Cassat, Paul Helleu and Eugène Carrière are included, along with landscapes by Emile Schuffenecker and Charles Lacoste, Sybolist works by Aristide Maillol and Fernand Khnopff, and cafè scenes by Juan Gris and Jacques Villon. Turn-of-the-century artists like Pierre Bonnard and Toulouse-Lautrec also found alternative means to bring their art to a broad public by illustrating journals, books and theatre programs.

Images from the exhibition: 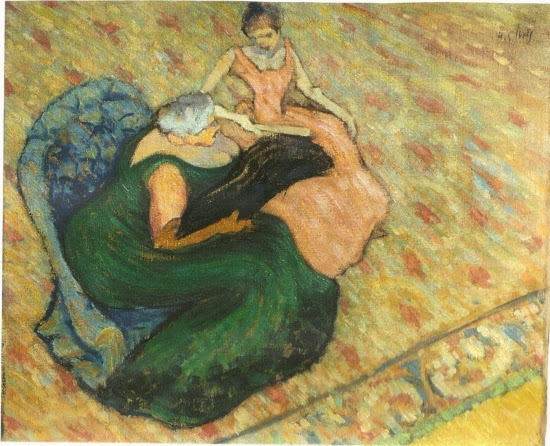 Posted by Jonathan Kantrowitz at 7:48 AM