From December 4, 2005 - February 26, 2006 the Minneapolis Institute of Arts presented works from one of the worlds finest collections of American paintings in the exhibition, Villa America: American Moderns, 1900 - 1950. Villa America featured the work of great American masters including Grant Wood, Georgia O'Keeffe, Arthur Dove, Stuart Davis, Philip Guston, Romare Bearden, Charles Sheeler, and Marsden Hartley. Comprising approximately seventy-five works, the exhibition was drawn entirely from the private collection assembled over the past thirty years by Myron Kunin, a life trustee of The Minneapolis Institute of Arts and founder of Regis Corporation. This exhibition was organized by the Orange County Museum of Art in Newport Beach, California, where it was on view in 2005.

Villa America began with a look at key American artists working in Europe and New York during the first part of the twentieth century. In these early years, artists such as Davis, Dove, Hartley, O’Keeffe, Gerald Murphy, and Morgan Russell, to name just a few, were reshaping American art. Many of these artists traveled abroad, where they embraced experimentation that transformed traditional subject matter into avant-garde statements of personal expression. The first section of the exhibition included more than twenty paintings from the early Villa America years, representing both the first wave of American modernists who crossed the Atlantic to explore new avenues of expression in Europe, and a second and larger wave of progressive artists who emerged following the 1913 Armory Show in New York.

Highlights included Murphy's Villa America (1924). Symbolic of the creative exchanges of the time, Villa America , the exhibition's title, was taken from the name of this painting and Murphy's home in southern France, which served as a gathering place for both American and European modernists. 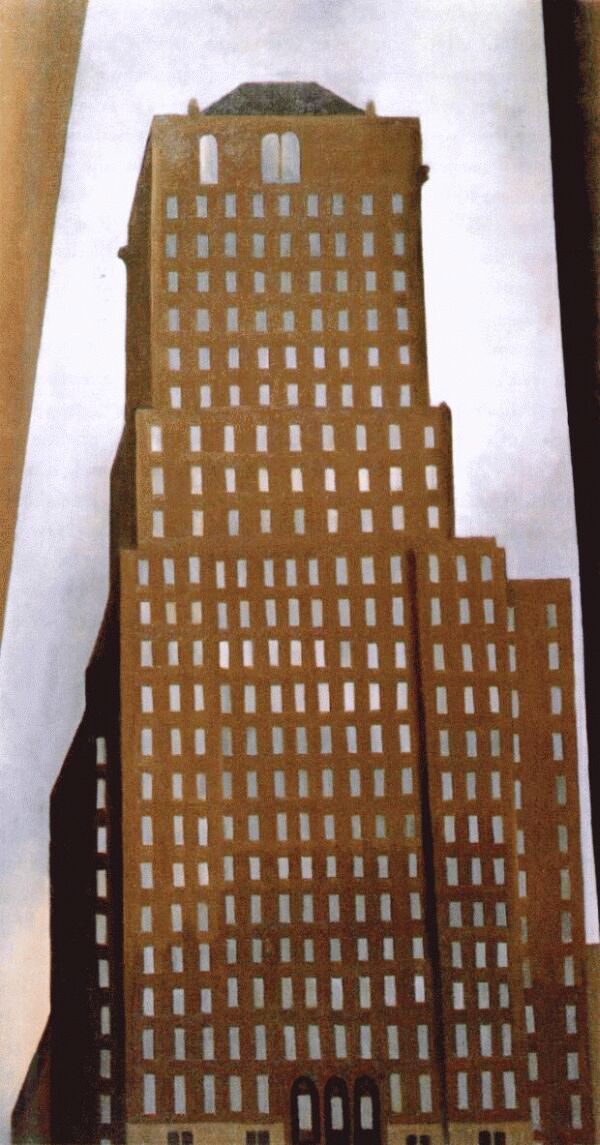 Another highlight was O’Keeffe's Shelton Hotel, N.Y., No. 1 (1926). Depicting the hotels towering edifice from a low vantage point, O’Keeffe transformed the building into a pattern of repeating windows overlaid with a dynamic shape in the sky.

The extended period of artistic innovation during the early twentieth century largely came to an end in the 1930s, following the stock market crash and the onset of the Depression. The times ushered in a more sober realism with themes drawn from everyday life, reflecting regional values and a new sense of social responsibility. Throughout the country, artists became interpreters of America. In New York, painters such as Walt Kuhn and Reginald Marsh chronicled the intense vitality and diversity of the city, depicting a fantastic range of activities and people. Others, such as Paul Cadmus and Philip Evergood, combined realistic representation with caricature and social critique, creating a style often referred to as Social Realism. Among the highlights presented in this section of the exhibition was Marsh's Star Burlesque (1933), a painting audacious for its time that reveals the artist's interest in the blatant sexuality of the new American society.

Another highlight was Cadmus's Aspects of Suburban Life: Main Street (1937). A public commission that was later rejected, the painting is a spectacular example of the artists satirical portrayals of the class and racial conflicts of American society of his time.

The strong regionalist movement in American painting of the 1930s and 1940s, one of the outcomes of the Depression, can be seen as a grassroots reaction to the cosmopolitanism of the preceding two decades.

Wood's painting Return from Bohemia (1935), which gave its name to this section of the exhibition, perfectly captures the popular endorsement of rural life and local customs. In this painting, Wood paints himself seated in front of a canvas, surrounded by his neighbors, who, with their eyes downcast, seem strangely indifferent to the artist.

During this same time, Sheeler, who had experimented with Cubism earlier in the century, brought a photographic clarity to his work of these later decades. For example, in Winter Window (1941), the closely observed details Sheeler found in the textures of a plant, terra-cotta pot, and hand-woven textile are contrasted to those of glass, wood, and paper.

Other artists working in a figurative mode, from Ben Shahn to Andrew Wyeth, were also represented in this section of the exhibition in which the formal experimentation of the early years of the century gave way to a realist-based exploration of the American landscape and daily life.

One of the major strengths of Villa America, and the private collection from which it was drawn, was its range of portraits and self-portraits by artists. These paintings were among the exhibitions most personal and intimate images. The portraits reflect a breadth of aesthetic approaches and styles. From the expressionist images of Stuart Davis and Oscar Bluemner, to the abstracted portraits by David Smith and Theodore Roszak, to the surreal portraits of Cadmus and George Tooker, these works are riveting in their psychological intensity and immediacy.

Among the highlights was Robert Henri's Edna Smith (Sunday Shawl) (1915), a portrait of a striking red-haired woman that captures the subject's sensuality. 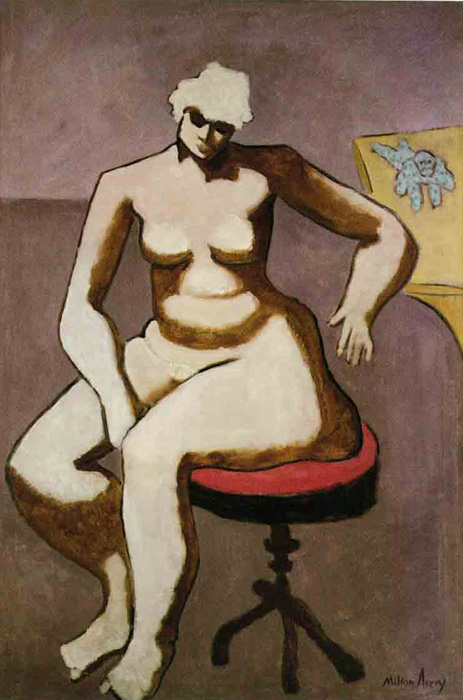 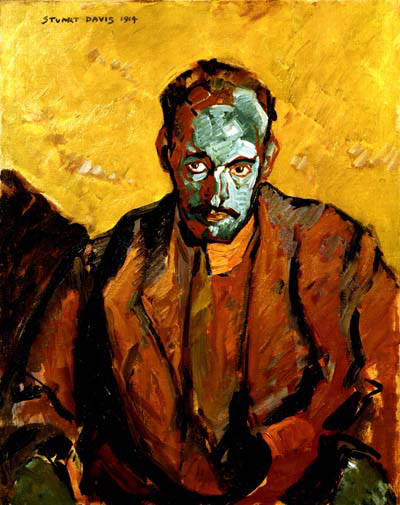 One of the most striking images on view was Davis's Portrait of a Man (1914). The strong green brushstrokes screening the subjects face and heavy angular lines shaping the torso convey an emotional power, exemplifying Davis's interest in Vincent van Gogh and the changes his work underwent after seeing the 1913 Armory Show.

Villa America: American Moderns, 1900 - 1950 was organized by the Orange County Museum of Art from the collection of Curtis Galleries, Inc., founder Myron Kunin.


Posted by Jonathan Kantrowitz at 10:32 AM