O'Keeffe on Paper presented more than fifty stunning watercolors, pastels, and charcoals by Georgia O'Keeffe (1887-1986). The exhibition offered fresh insights into this distinctive and little-known aspect of the artist's oeuvre. It was on view in the East Building of the National Gallery of Art, 9 April through 9 July 2000, and at the Georgia O'Keeffe Museum, Santa Fe, New Mexico, 29 July through 29 October 2000.

The exhibition was organized by the National Gallery of Art, Washington, and the Georgia O'Keeffe Museum, Santa Fe.

The exhibition celebrated the publication of the two-volume O'Keeffe catalogue raisonné, a major scholarly project of the National Gallery of Art in partnership with The Georgia O'Keeffe Foundation. "Documentation of Georgia O'Keeffe's prolific output in the catalogue raisonné project has provided fascinating new information about the oeuvre of this great American artist," said Earl A. Powell lll, director, National Gallery of Art. "This display of her jewel-like watercolors and pastels and her accomplished charcoals is bound to increase appreciation for O'Keeffe's originality and her special place in the annals of American art."

O'Keeffe, who created works on paper throughout her long career, did some of her most innovative work in watercolor, pastel, and charcoal. By including sheets produced over a half-century period, starting in 1915, the exhibition illuminates the artist's technical virtuosity, while tracing the development of her personal artistic language. In a broader sense, O'Keeffe's work reflects the dialogue in twentieth-century American art between representation and abstraction.

In the 1910s, O'Keeffe created some of the most innovative images of early American modernism, starting with charcoal drawings such as No. 2-Special (1915). The following year, her work was introduced to photographer and gallery owner Alfred Stieglitz, whom she married in 1924. O'Keeffe's watercolors from the teens range from the spare and highly abstract, such as Black Lines (1916), to broad fields of clear, bold color, as in 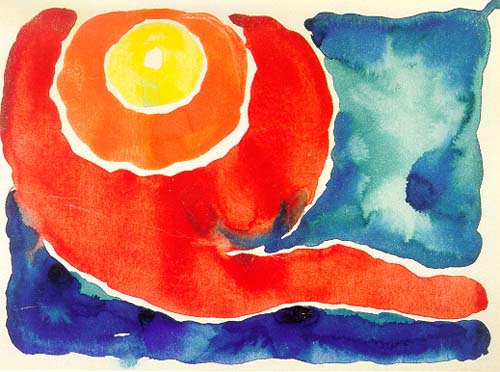 Of particular interest are three fluid watercolors--all known as Untitled (Abstraction/Portrait of Paul Strand)--from private collections. Created in 1917, they refer to the photographer and friend of the artist and reflect O'Keeffe's experimentation with different forms of imagery.

O'Keeffe settled in New York City in 1918, where she became part of the circle of modernists gathered around Stieglitz, many of whom, like Stieglitz himself, embraced the city as one of their subjects over several decades. O'Keeffe used pastel to record buildings silhouetted against the East River and charcoal to depict the skyline of Manhattan and the Brooklyn Bridge. 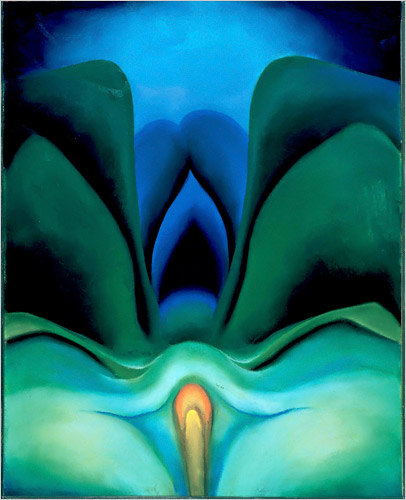 Blue Flower (1918), a delicate early pastel, presages the large-format oil paintings of flowers close-up for which O'Keeffe is famous, 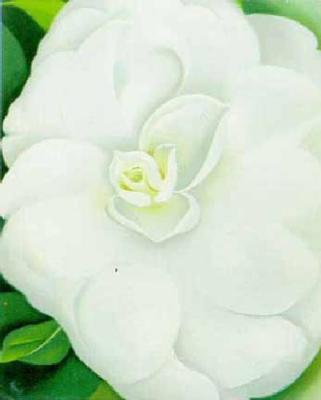 while A White Camellia (1938) is a late pastel on a similar theme. After her permanent move to New Mexico in 1949 she again chose to work in charcoal. Among those late works is the highly abstract From a River Trip (1965), the latest drawing in the exhibition.

The fully illustrated exhibition catalogue demonstrates the depth of work conducted by the catalogue raisonné project and how the research has facilitated greater understanding of O'Keeffe's art. Essays by Fine and Glassman, Lynes, and Walsh place O'Keeffe's works on paper in the context of her American contemporaries and in relation to her oil paintings, and examine the importance of the artist's choice of materials in the development of her aesthetic. 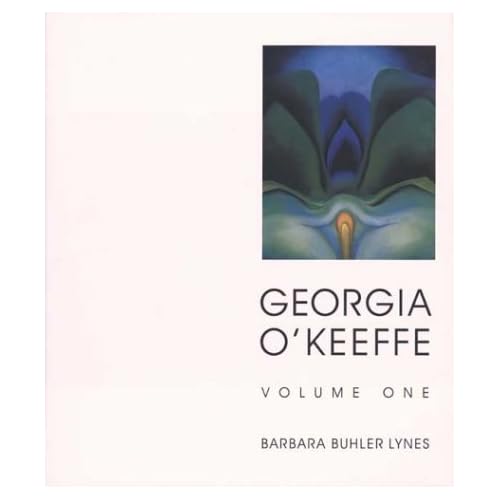 Also available is Georgia O'Keeffe: Catalogue Raisonné by Barbara Buhler Lynes, published by Yale University Press, the National Gallery of Art, and The Georgia O'Keeffe Foundation. A two-volume set in a slipcase, it presents more than 2,000 paintings, drawings, watercolors, and sculptures by O'Keeffe, many of which have not previously been reproduced, along with factual entries for each. There is a full bibliography, exhibitions listing, and chronology of the artist's life. With 2,050 illustrations in color and 100 in black-and-white,


Posted by Jonathan Kantrowitz at 6:18 AM