The Metropolitan Museum’s collection of American art, one of the finest and most comprehensive in the world, returns to view in expanded, reconceived, and dramatic new galleries on January 16, 2012, when the Museum inaugurates the New American Wing Galleries for Paintings, Sculpture, and Decorative Arts. The new installation will provide visitors with a rich and captivating experience of the history of American art from the 18th through the early 20th century. The suite of elegant new galleries encompasses 30,000 square feet for the display of the Museum’s superb collection.

This final phase of the American Wing renovation project is comprised of 25 renovated and enlarged galleries on the second floor. The new architectural design is a contemporary interpretation of 19th-century Beaux-Arts galleries, including coved ceilings and natural light flowing through new skylights. The redesign, which has added 3,300 square feet of gallery space, also allows for a chronological installation of the American paintings and sculpture, and improved pathways connecting to adjacent areas of the Museum.

Twenty-one of the new galleries—including the 18 sky-lit Joan Whitney Payson Galleries—have been created for the display the American Wing’s extraordinary collection of paintings. Its origins date back to the 1870s, thanks to the strong support of founding Trustee-painters Frederic Edwin Church and John Frederick Kensett. For the first time, the paintings collection will be shown on a single floor, enhancing accessibility and coherence of the display. The Museum’s holdings are particularly rich in the works of the great masters, including Winslow Homer (Prisoners from the Front),

The centerpiece of the new installation is one of the best-known works in all of American art, Emanuel Gottlieb Leutze’s 1851 painting Washington Crossing the Delaware. For the re-hanging of this magnificent work, a large and stately gilded frame has been painstakingly recreated by Eli Wilner & Company from a recently discovered photograph of the painting from 1864. The renovated galleries will afford a dramatic vista toward this monumental canvas, which will hang in the Peter Jay Sharp Foundation Gallery. This double-sized gallery will showcase Leutze’s iconic work alongside two other masterpieces—Church’s Heart of the Andes 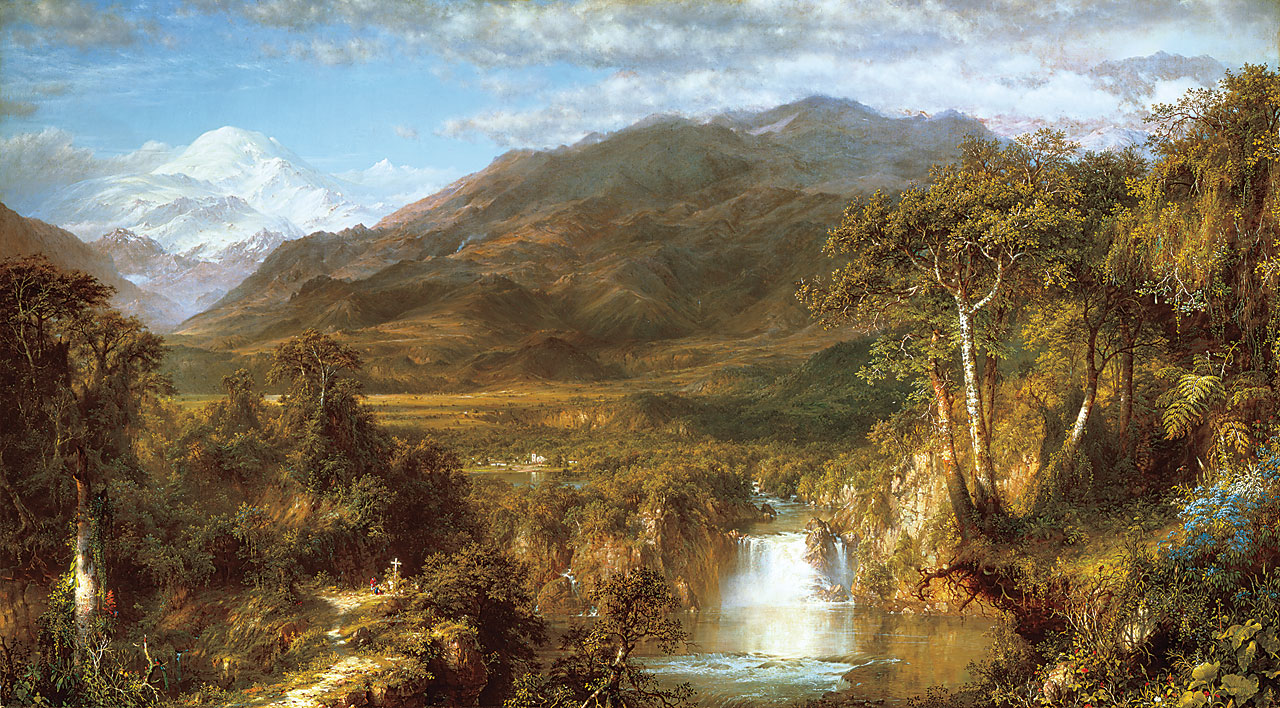 and Albert Bierstadt’s Rocky Mountains—just as they were displayed at the famous 1864 Metropolitan Sanitary Fair. These three paintings have been beautifully restored as part of the renovation project.

The Museum’s encyclopedic collection will offer visitors the broad sweep of American history as told through great works of art. The aforementioned central gallery focuses on the themes of freedom, exploration, and expansion that pervaded America during the mid-19th century. Other subjects, themes, and periods presented in the new galleries include: Colonial Portraiture, the American Revolution, the Young Republic, the Civil War Era, Art in the Folk Tradition, the Hudson River School, the West, the Cosmopolitan Spirit, and American Impressionism.

The new suite of galleries will also encompass the Anthony W. and Lulu C. Wang Galleries of Eighteenth-Century American Art, featuring four rooms dedicated to the display of American decorative arts, principally treasures of colonial furniture and silver. Selected highlights of the Museum’s extraordinary collection of early American silver include works by John Hull and Robert Sanderson, Myer Myers, and Paul Revere. The furniture gallery will have masterpieces of late colonial case furniture by John Townsend of Newport and Thomas Affleck of Philadelphia, complemented by imposing architectural elements. In addition, the galleries will include the grand pre-revolutionary entrance hall of the Van Rensselaer Manor House, Albany, New York.

The reserve collections of the American Wing are housed in the 17,000-square-foot Henry R. Luce Center for the Study of American Art, on the mezzanine level. The Luce Center, with its glass cases of some 9,500 objects, allows the Museum to display entire collections that otherwise would be represented by only a few highlights in the galleries. The concurrent renovation of the Luce Center includes a major revamping of its technological capabilities and additional cases for American sculpture and furniture. The public’s interface with the collection will be improved vastly by new touch-screen case labels and upgraded computer access enabling easy and in-depth searching for information about objects both in the Luce Center and throughout the American Wing.

The opening of the New American Wing Galleries for Paintings, Sculpture, and Decorative Arts in January 2012 represents the third and final phase of a major, multi-part renovation project. Part 1 opened in January 2007 with galleries dedicated to the classical arts of America, 1810-1845. Part 2 opened in May 2009 with the renovation of The Charles Engelhard Court and the Period Rooms. After Part 3 is completed, nearly all of the American Wing’s 17,000 works will be on view.

Posted by Jonathan Kantrowitz at 12:41 PM