Two consecutive special exhibitions, Birth of Impressionism: Masterpieces from the Musée d’Orsay and Van Gogh, Gauguin, Cézanne and Beyond: Post-Impressionist Masterpieces from the Musée d’Orsay were on view at the de Young Museum, part of the Fine Arts Museums of San Francisco for a combined eight months beginning in May 2010 and ending in January 2011. Each exhibition included approximately 100 paintings from the Musée d’Orsay’s permanent collection and highlights the work of nearly 40 artists including Cézanne, Degas, Gauguin, Manet, Monet, Pissarro, Renoir, Rousseau, Seurat, Sisley, Toulouse-Lautrec, van Gogh and Vuillard. The Musée d’Orsay loaned the exhibitions while it underwent a partial closure for refurbishment and reinstallation in anticipation of the Musée’s 25th anniversary in 2011. The de Young was the only museum in the world to host both exhibitions.

Birth of Impressionism: Masterpieces from the Musée d’Orsay offered nearly 100 works by the famous masters who called France their home during the mid-19th century and from whose midst arose one of the most original and recognizable of all artistic styles, Impressionism. This exhibition began with paintings by naturalist artists such as Bougereau and Courbet and presents American expatriate James McNeil Whistler’s Arrangement in Gray and Black, known to many as “Whistler’s Mother.” Early work by Manet, Monet, Renoir and Sisley were on view as well as a selection of Degas’ paintings that depict images of the ballet, the racetrack and life in “la Belle Époque.” Notable works in this exhibition included:

Arrangement in Gray and Black No. 1 or Portrait of the Artist’s Mother by James McNeil Whistler (1871)

The Swing by Pierre-Auguste Renoir (1876)

The second exhibition, Van Gogh, Gauguin, Cézanne and Beyond: Post- Impressionist Masterpieces from the Musée d’Orsay, opened on September 25, 2010 and ran through January 18, 2011. This exhibition presented 120 of the Musée d’Orsay’s most famous late Impressionist paintings including those by Monet and Renoir, followed by the more individualistic styles of the early modern masters including Cézanne, Gauguin, Lautrec and van Gogh, and the Nabis painters, Bonnard and Vuillard. The exhibition also provided a unique look at the Orsay’s spectacular collection of Pointillist painters including work by Seurat and Signac.

Notable works in this exhibition include:

A Dance in the Country by Pierre-Auguste Renoir (1883) 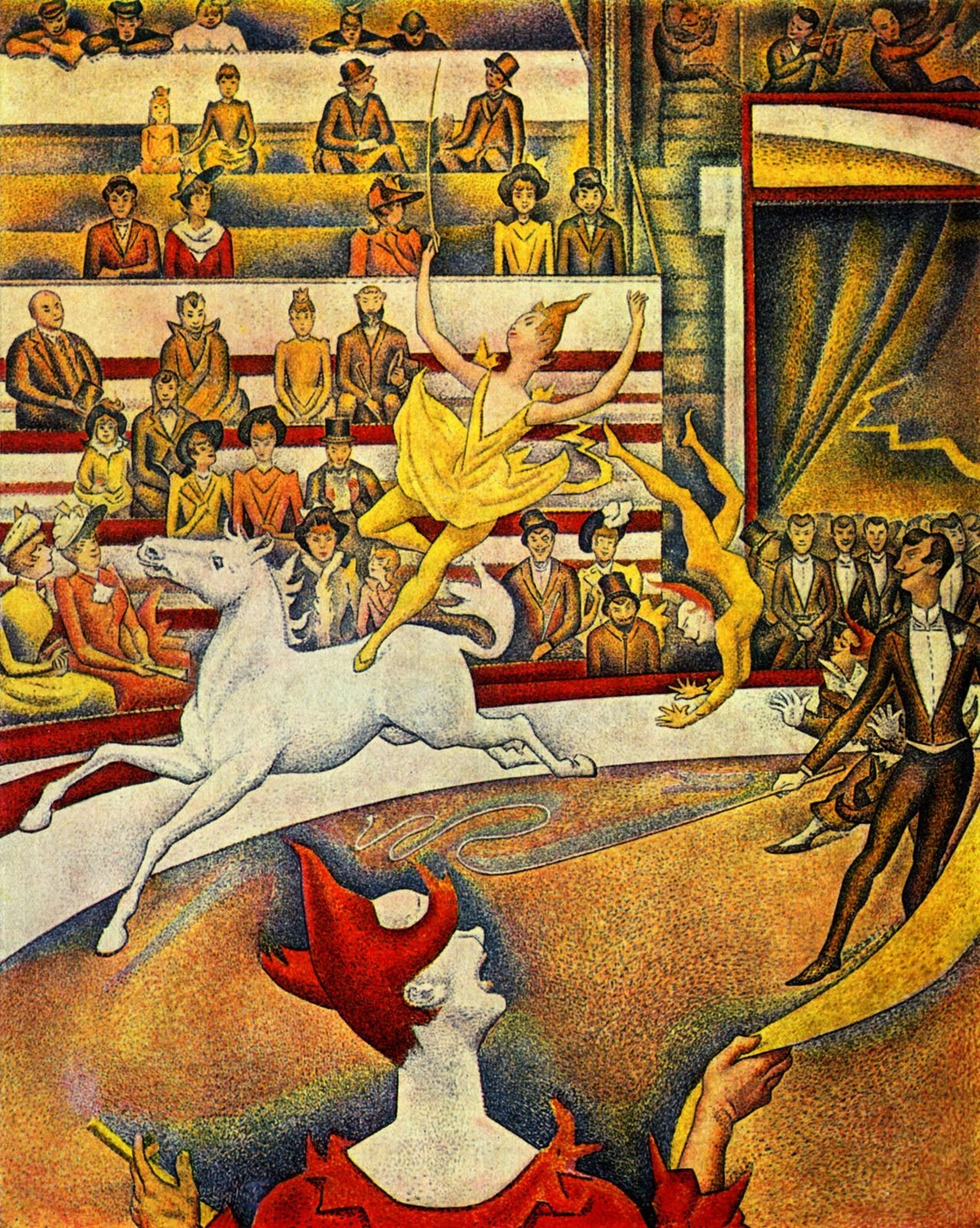 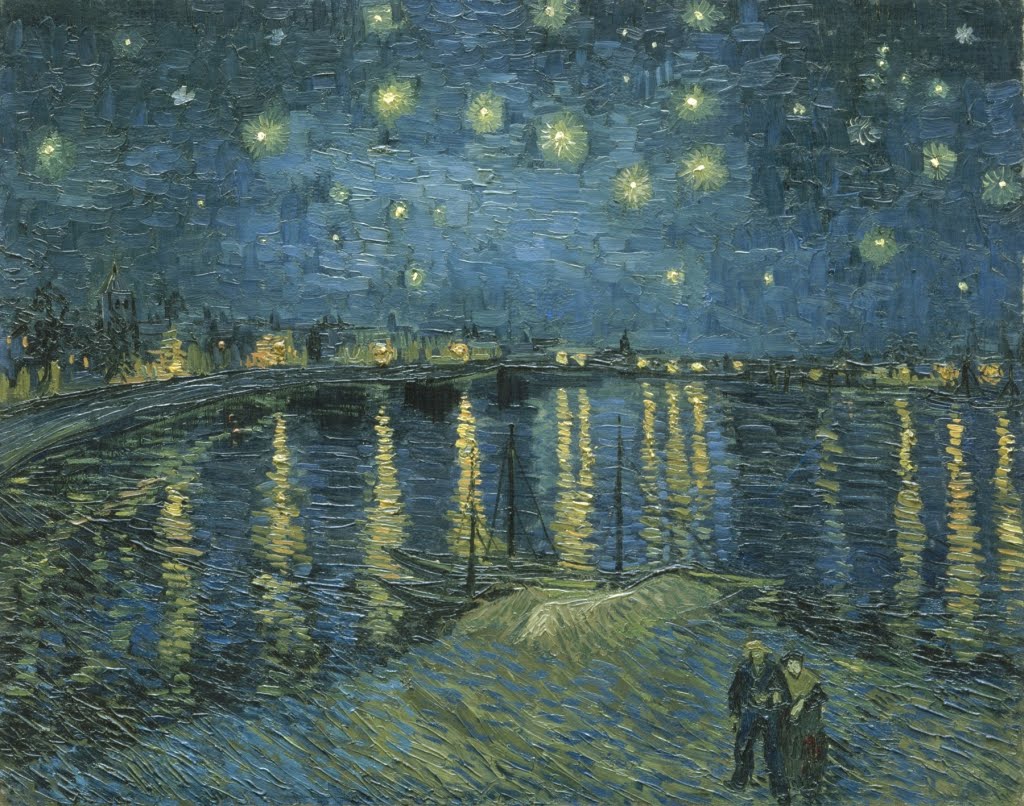 Starry Night over the Rhone by Vincent van Gogh (1888) Tahitian Women, On the Beach by Paul Gauguin (1891)


Concurrent with the Musée d’Orsay masterpiece exhibition at the de Young Museum was Impressionist Paris: City of Light at the Legion of Honor from June 5 to September 26, 2010. Visitors to the exhibition were transported to Impressionist Paris as represented in more than 180 prints, drawings, photographs, paintings, and illustrated books dating from 1850 to the early 1900s from the outstanding permanent collection of the Fine Arts Museums of San Francisco, as well as several distinguished private collections.

La ville lumière—“the City of Light”: Paris earned this nickname during the 19th century with the proliferation of gas lamps that lit up the French capital, turning night into day and boosting its economic vitality. Moreover, the radiance of the metropolis transcended the glow of its streetlights as Paris ascended to its role as the cultural capital of Europe. Authors, composers, and especially visual artists—painters, photographers, printmakers, and sculptors—thrived in this dazzling setting. Impressionist Paris explores various aspects of life in and around the city in which these artists came of age.

Passing through the shadows of the medieval city to reach the colorful spectacle of the Grand Boulevards, Impressionist Paris: City of Light explored various aspects of Parisian society and the French art world from roughly 1850 to the turn of the 20th century. Picturesque views of the narrow streets and stone bridges of old Paris by Charles Marville, Charles Meryon, and Johan Barthold Jongkind give way to colorful images of modern Parisian life, with Edgar Degas, Pierre Bonnard, Edouard Vuillard, and Georges Seurat offering public and private views of the bustling metropolis.

Prints and periodicals featuring the work of Honoré Daumier, Edouard Manet, Paul Signac, and James Tissot conveyed key historical events and underscored the emergent role of illustrated art journalism. A gallery of black-and-white works on paper by Claude Monet, Camille Pissarro, Mary Cassatt, and Paul Gauguin reveal another side of the exhibition.

The spectacle of modern life was conveyed through galleries devoted to popular entertainment in late 19th-century Paris, including colorful images of the theater, café-concerts, circus, as well as the Expositions Universelles. The exhibition concludes in a blaze of color with a selection of posters of the turn of the 20th century by Henri de Toulouse-Lautrec, Jules Chéret, Théophile Steinlen, and Alphonse Mucha. 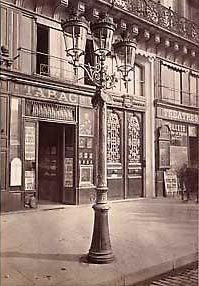 Charles Marville’s “Street Lamp, 8 Place de l’Opera” depicting a street lamp (the abundance of which gave Paris its name the “City of Light”) standing lonely and erect in front of a tobacconist’s shop, an intricate, wrought-iron balcony overhanging the sidewalk from which the lamp stands sentinel.

Peter Debreuil once again fixes the Eiffel Tower forever in our imaginations in his photograph, “Elephantaisie.” The sepia tones beautifully set off the ghostly outline of the Eiffel Tower in the background, as an exotic and graceful elephant rears its head in the foreground, perhaps trumpeting the legendary construction.

James Tissot, Ladies of the Chariots 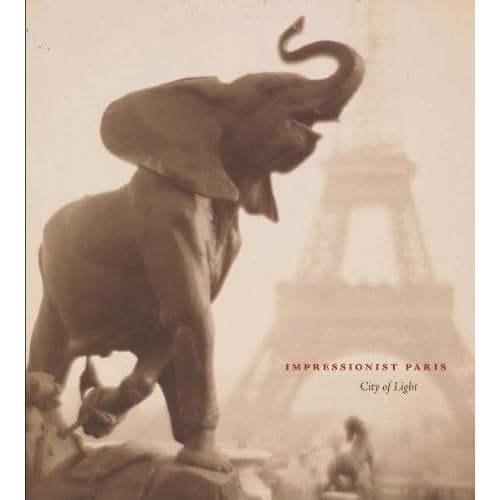 Posted by Jonathan Kantrowitz at 11:28 AM