The Bowdoin College Museum of Art organized the first comprehensive exhibition of Edward Hopper's artistic production in Maine from 1914 to 1929. On view from July 15 through October 16, 2011, Edward Hopper's Maine showcased nearly 90 rarely exhibited paintings, watercolors, drawings, and prints that provided an exhaustive look at Hopper's work during this period. Hopper's Maine paintings span two critical decades of the artist's career, yet have never been studied as a unified body of work and are often overlooked in favor of his better-known paintings from the 1930s forward. This long-overdue exhibition presented Hopper's Maine oeuvre together for the first time, reexamining and demonstrating its significance to his later production. The Bowdoin College Museum of Art was the exhibition's sole venue.

"Maine was a font of inspiration for Hopper, a respite from New York City, and the place where he established the iconic style for which he is known," said Kevin Salatino, director of the Bowdoin College Museum of Art and co-curator of Edward Hopper's Maine. "The exhibition will reconsider this important moment in Hopper's artistic development, while enabling the public to see these works collectively in the very place that inspired them."

Hopper spent nine fruitful summers in Maine, in the resort town of Ogunquit, on the beautiful island of Monhegan, and in the maritime communities of Rockland, Cape Elizabeth, and Portland. Featuring loans from nearly 30 public and private collections including the Whitney Museum of American Art, the Metropolitan Museum of Art, the Museum of Modern Art, the Museum of Fine Arts, Boston, the Cleveland Museum of Art, and the Harvard Art Museums, the exhibition will reunite Hopper's Maine works and reassert their importance in shaping his lengthy career and establishing his distinctive artistic voice. 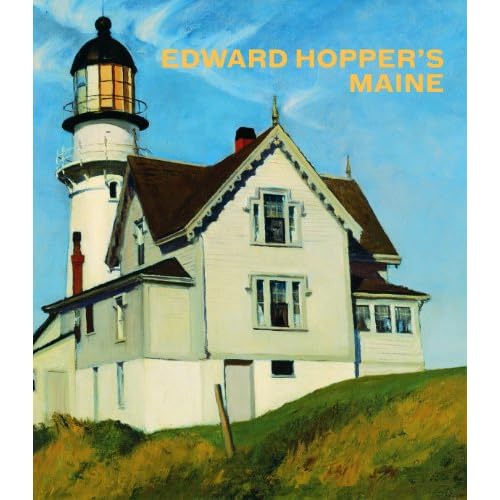 The collections of Bowdoin College Museum of Art-begun 200 years ago with a major gift from James Bowdoin III and his family-are among the most comprehensive of any college museum in the United States. They are maintained in the landmark Walker Art Building, designed in 1894 by Charles Follen McKim, and located on the historic quadrangle of Bowdoin College. A 2007 renovation and expansion has re-established the Museum as the centerpiece of Bowdoin's vibrant arts and culture community. Fully accessible, Bowdoin College Museum of Art is open to the public free of charge.

Posted by Jonathan Kantrowitz at 1:20 PM