Modern Art and America: Alfred Stieglitz and His New York Galleries was the first exhibition to explore fully Alfred Stieglitz's seminal role in the development of modern art in America, as photographer, publisher, and gallery director. On view in the West Building of the National Gallery of Art from 28 January through 22 April 2001, the exhibition brings together for the first time many of the most significant works of art that Stieglitz himself showed in his New York galleries from 1908 to 1946. The installation of approximately 190 works demonstrates the lively and fertile exchange of art and ideas that Stieglitz promoted and his contributions to the development of modern art in America.

The first section focused on Stieglitz's introduction of European modern art to America at 291 and includes works from the first one-man exhibitions held in the United States by such important artists as Paul Cézanne, Henri Matisse, and Pablo Picasso. Two partial reconstructions of Stieglitz's 1914 exhibitions of African art and Constantin Brancusi's sculpture are also featured.

The 291 Gallery, 1908-1917: When Stieglitz first began to exhibit modern European art in 1908, he intended for the paintings and drawings to serve as a counterpoint for the photography he displayed. Photographer Edward Steichen acted as Stieglitz's agent in Europe and introduced him to such celebrated contemporaries as the sculptor Auguste Rodin, as well as to artists unknown in America, among them Cézanne, Matisse, and Picasso. In partnership with Steichen, Stieglitz established and fostered at 291 an environment of experimentation and a place for serious discussion about art and the creative process.

Nude in the Forest (1906), the first painting by Matisse ever to be exhibited in America. In November 1910 three lithographs by Cézanne (the first works by this artist to be exhibited in America) were mounted in a group show at 291. Cézanne's first one-man exhibition in the States was installed at 291 in March 1911 and included twenty watercolors. Also at that time Stieglitz presented drawings and watercolors by Picasso in the first exhibition of his work in America. In April 1912 Stieglitz displayed the world's first exhibition devoted primarily to Matisse's sculpture. Selections from these and other early installations at 291 will be on view in the exhibition at the National Gallery.

The works shown in these exhibitions presented radical new ways of portraying the human form, as seen in The Serpentine (1909) by Matisse and Hell (c. 1900-1908) by Rodin. For many, this attack on the conventional notions of beauty was one of the most disturbing and perplexing aspects of modern art.

Other highlights in the exhibition include works from Brancusi's first solo exhibition in America, Wassily Kandinsky's The Garden of Love (Improvisation Number 27) (1912), and Stieglitz's own well-known images The Steerage (1907) and

In 1914 with the help of Marius de Zayas, Stieglitz mounted what he called the first exhibition anywhere of African sculpture presented not for its ethnographic interest but as art. The exhibition at the National Gallery will include two partial reconstructions of displays of African art at 291: the 1914 exhibition of works by nineteenth and early twentieth-century artists from Ivory Coast and Gabon; and the 1915 installation of works by Picasso paired with a Kota reliquary.

Deeply committed to American artists, Stieglitz focused much of his effort on their behalf after 1913. In 1916 and 1917 he presented the work of Marsden Hartley, Paul Strand, and Georgia O'Keeffe in a series of exhibitions that summarized the dramatic changes in American art in the preceding decade. Strand's famous images 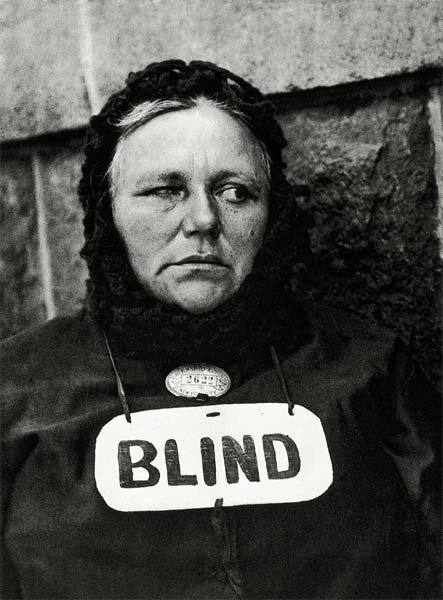 Hartley's Portrait of a German Officer (1914) were on view in the exhibition.

In 1917 Stieglitz exhibited Fountain, Marcel Duchamp's now infamous ready-made (an everyday object isolated from its normal context and treated as a work of art), which had been rejected from another exhibition. World War I, declining attendance, and Stieglitz's reduced income led to the closing of 291 in June of 1917.

EXHIBITION ORGANIZATION: SECTION II
The second section considered the formation of a distinctively American form of modernism and begins by exploring the rich experimentation in both materials and subject matter that Stieglitz fostered in the 1920s. It follows with monographic presentations of the masterworks shown at his last gallery, An American Place, by the circle of artists known as the Seven Americans": Charles Demuth, Arthur Dove, Hartley, Marin, O'Keeffe, Strand, and Stieglitz himself.

The Anderson Galleries: In 1921, after four years of relative seclusion, Stieglitz mounted an exhibition of his own photographs in a space borrowed from his friend Mitchell Kennerley, the owner of the Anderson Galleries. In 1923 and 1924 he mounted other exhibitions of his photographs, as well as installations of works by O'Keeffe. Widely praised, most of the works in these shows had never before been shown. Highlights of this section include five of the 330 photographs Stieglitz took of O'Keeffe. These works demonstrate his careful study of the artists he had shown at 291.

Also on view are two works from Music-A Sequence of Ten Cloud Photographs (1922). Among Stieglitz's first landscape photographs, these studies of the hills and clouds at his family's summer home in Lake George, New York, show the significant impact of O'Keeffe's art on his photography.

The Intimate Gallery: From a rented room in the same building that housed the Anderson Galleries Stieglitz mounted exhibitions from 1925 to 1929 of the art of the Seven Americans. The works in this section demonstrate the artists' shared vision, as well as their interest in experimenting with the subjects and materials of their art, as seen in Demuth's poster portraits and

Dove's Goin' Fishin' (1925), an assemblage of bamboo, denim shirtsleeves, buttons, wood, and oil on composition board.

An American Place: In the fall of 1929 Stieglitz opened An American Place on the seventeenth floor of 509 Madison Avenue. Until his death in 1946 he presented monographic shows of the work of the Seven Americans. The exhibition at the Gallery concludes with a selection of iconic works that were exhibited at An American Place throughout its seventeen-year existence, as well as some of the last photographs Stieglitz took of Lake George in 1937.

Highlights of this last section included

Demuth's My Egypt (1927), a portrayal of the industrial landscape of the artist's home in Lancaster, Pennsylvania 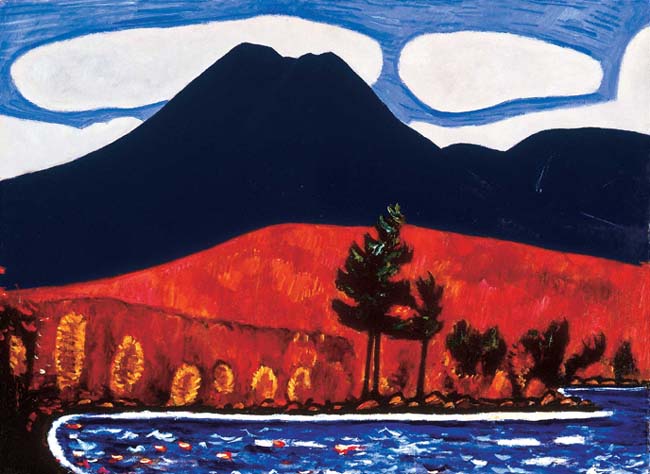 Stieglitz was born in Hoboken, New Jersey, in 1864 to German immigrants. He began to photograph while a student in Berlin in the 1880s and studied with the renowned photochemist Hermann Wilhelm Vogel. On his return to the United States in 1890 he began to advocate that photography should be treated as an art. He wrote many articles arguing his cause, edited the periodicals Camera Notes (1897-1902) and Camera Work (1903-1917), and in 1902 formed the Photo-Secession, an organization of photographers committed to establishing the artistic merit of photography. In 1905 Stieglitz opened the Little Galleries of the Photo-Secession at 291 Fifth Avenue, New York (later called 291). From 1905 until his death in 1946, Stieglitz mounted more than 190 exhibitions in his three New York galleries.
Catalogue: 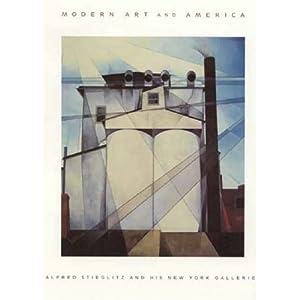 Posted by Jonathan Kantrowitz at 12:13 PM