The most comprehensive survey in more than twenty-five years of the work of Mary Cassatt (1844-1926), one of the leading painters of the late nineteenth century, was on view at National Gallery of Art, 6 June through 6 September 1999. Mary Cassatt brought together fifty-five of the artist's most beautiful and compelling paintings and color prints and illustrates many facets of her long and productive career. The Gallery's exhibition included important works from the Chester Dale Collection, which by the terms of Dale's bequest, cannot be shown elsewhere.

Cassatt, an adventurous modern artist and independent woman, was wholly involved in the French impressionist movement beginning in the late 1870s. A strong-willed businesswoman and influential consultant to art collectors, she was an expatriate who nonetheless always considered herself an American. Mary Cassatt traces the extraordinary career of this artist who was the only American (and one of only three women) to exhibit with the impressionists in Paris. She was recognized as one of America's most important artists in her lifetime.

The exhibition began with some of Cassatt's early subjects, derived from her travels to France, Italy, and Spain, including such paintings as Among these is one of several of Cassatt's images depicting the theater and the opera in fin-de-siècle Paris, entitled Woman in a Loge (1878-79). Another, Portrait of a Little Girl (Little Girl in a Blue Armchair) (1878), was innovative both in its attitude to the subject and in its composition.

These images often carried over to the artist's prints, influenced by the color effects and bold perspectives achieved by Japanese artists, as seen in The Child's Bath (The Bath) (1890-1891).

The exhibition closed with Cassatt's late paintings that relate to her monumental mural, Modern Woman, which was shown in the 1893 World's Columbian Exposition in Chicago. Although the mural was lost after the fair's closing, it served as the basis for many of Cassatt's most impressive and important works of the 1890s, including For the National Gallery's opening in 1941, Chester Dale--one of the founding benefactors--lent twenty-two American works, and a few months later, two rooms of French impressionist paintings. Among his extraordinary collection of impressionist and post-impressionist art, which he bequeathed to the Gallery in 1962, were many works by Cassatt. Visitors to the Gallery's 1999 showing of Mary Cassatt had the opportunity to view several important paintings from this collection: Study (Girl Arranging Her Hair) (1885/1886), Women in a Loge (The Loge) (1881/1882), Portrait of a Lady (Miss Mary Ellison) (1877), The Mirror (Mother and Child) (c. 1905), Revery (Woman with a Red Zinnia) (1891-1892),

and The Boating Party (1894). Ten color drypoints and aquatints from the Chester Dale Collection will also be on view in the exhibition.

The National Gallery is one of the richest repositories of Cassatt's oeuvre, with a total of 119 paintings, drawings, and prints. Four of the Gallery's nine original founding benefactors--Chester Dale, Paul Mellon, Ailsa Mellon Bruce, and Lessing J. Rosenwald--were serious collectors of the artist's work and, through their gifts, assured that all periods of Cassatt's work would be represented in the Gallery's collection.

Some of the previous exhibitions that have explored aspects of Mary Cassatt's works include:

Mary Cassatt, 1970, National Gallery of Art--an exhibition of more than 90 paintings and pastels organized to celebrate the publication of Adelyn Breeskin's catalogue raisonné of Cassatt's paintings, drawings, and pastels

Mary Cassatt at Home, 1978, Museum of Fine Arts, Boston--Cassatt's domestic world was revealed in this exhibition of paintings, pastels, and furnishings

Mary Cassatt and Philadelphia, 1985, Philadelphia Museum of Art--explored Cassatt's relationship with the art world of her home town 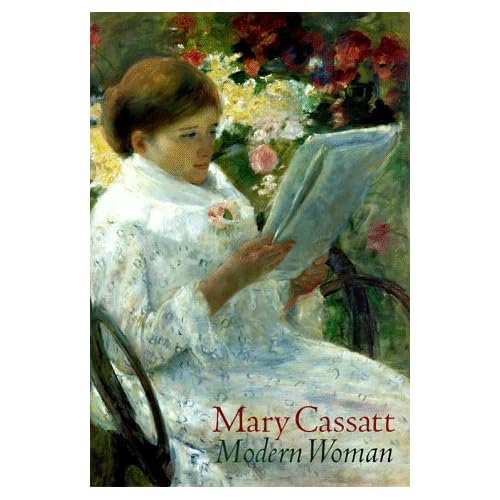 Posted by Jonathan Kantrowitz at 8:31 AM